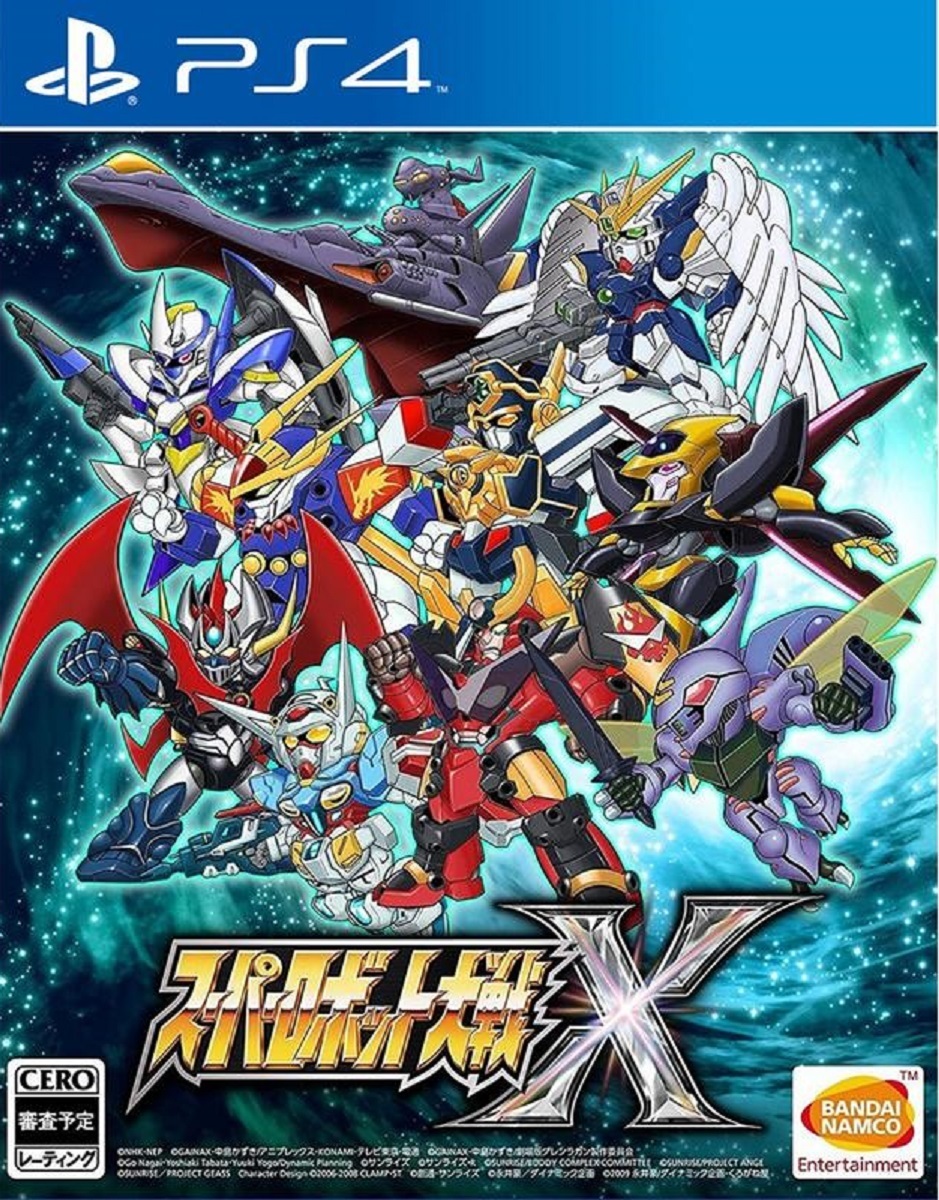 "Super Robot Wars" is a simulation RPG with various types of robots crossing-over from different anime titles to fight against common enemies. More than 90 titles (including the best version) have been released to date. In 2016, the 25th anniversary of this series was localized for Taiwan, Korea, Hong Kong and the Southeast Asia region. In the upcoming Super Robot Wars X, fans will see improvements in the quality of the game system and graphics, with a new world view and story.

In addition to titles like Aura Battler Dunbine, Mobile Suit Gundam F91, and Mazinkaiser that appear occasionally in this series, titles that surpass the mecha genre like Mashin Hero Wataru, Buddy Complex, Gundam Reconguista in G, and Nadia: The Secret of Blue Water also make an appearance.

Battle scenes with high-quality graphics and detailed movement are rendered by utilizing an improved processor. On top of the highly popular battle cut-scene animations seen in the previous Super Robot Wars V, this series will feature pilot cut-scenes for some characters. Character animations are also rendered naturally and dynamically.

Cybaster, the lead mech from the Super Robot Wars OG saga Masou Kishin (The Lord of Elemental), makes a special appearance along with its pilot Masaki Andoh.

The game will feature the following works:

Gurren Lagann the Movie: The Lights in the Sky are Stars